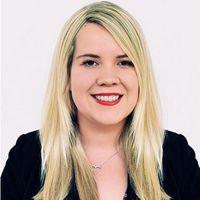 The government announced plans earlier this year to reform the Court system. The reform commenced in March 2019 which has resulted in long delays for Grants to be issued. Traditionally it was 1-2 weeks from submission, but following the reforms it is taking 10-12 weeks. Despite the fact it has been 5 months the long delays continue.

The aim of the reforms were said to be to speed up the process while making it more straightforward and efficient. Unfortunately, this has not been the reality to date.

You could previously telephone or email your local register office to check on the progress of an application or ask a question. Now the telephone lines are constantly engaged, and emails go unanswered. If by some miracle you are able to speak to someone they have 2 computer systems and who you speak to depends on the answer you receive. The closure of Birmingham, in my opinion, is only going to add to the current delays.

Despite these ongoing issues and delays the first probate register office will close on the 30th August 2019. The Law Society have said they will continue to challenge the closures.

The system worked well and the reforms, in my opinion, have broken it. I can only hope that the issues and delays are eventually resolved, and time will only tell if the new system will ever be as efficient as the old one.

The first probate register office to shut under the £1bn courts reform programme will close its doors next week, the government has announced - to the fury of solicitors already waiting months for grants of probate. Under the reform programme, Birmingham District Probate Registry will close on 30 August. The eventual plan is to move all probate services to the Courts and Tribunals Service Centre in Birmingham, with some administrative work taking place at a second site. Ian Bond, chair of the Law Society's wills and equity committee, said: 'We are disappointed with the closures, especially at a time when they have such a backlog of work. It would be better to delay the closures and get the new systems working first rather than trying to both bed in a new IT system and close registries.'

Significant delays in applications for grant of probate frustrating for us lawyers and for our clients
First probate registry closes as application delays drag on https://t.co/GPpCFCRPer

STEP and other bodies will next meet #HMCTS on 10 Sep to review #probate issues, days after Birmingham Probate Registry’s closure @lawsocgazette https://t.co/dSKeZEwEfG

The government has announced that the first #probate register office to shut under the £1bn courts reform programme will close its doors next week. With existing backlogs, SFE is concerned that grants of probate will suffer further due to closureshttps://t.co/9SydwfUCae

Shambles at the Probate Registry https://t.co/RqFiUNPXrf

Shambles at the courts https://t.co/pKDEvtH85z

The first probate registry office to shut under the £1bn courts reform programme will close its doors next week - to the fury of solicitors already waiting months for grants of probate. @TheLawSociety said it will continue to challenge the closure. https://t.co/Zh072qOG12

Woman wins appeals against murder conviction, and can now inherit from her husband's estate
Rachel Carrington-Matthews

Will reforms must not endanger the elderly.
Rachel Carrington-Matthews
Recent posts from Wills and Inheritance

Inheritance disputes rising - how can you protect your estate?
Claire Cox

CFAs in inheritance disputes - when needs must
Matthew Cotton